Salam Bunyan is an expert chef. He grew up in Iraq experimenting with different flavors and combining ingredients. He lived and worked around food in Iraq — including serving as a chef at a five-star restaurant in Baghdad — until 2006, when war forced him to leave his native country.

In the early ‘90s, Salam earned a degree in hospitality and hotels in Baghdad. He decided to go into the food business because many restaurants in the area were closing. People were unhappy with Saddam Hussein’s regime and were leaving the country. “I wanted to make sure good food was still available to the people,” he says. Eventually Salam’s work as a chef took him to countries such as Egypt, Jordan, Syria, United Arab Emirates and Libya.

In 2001, with his country on the brink of war, Salam worked for the United Nations and U.S. Army in Iraq. He helped the army look for biological weapons between Jordan and Iraq.

Ultimately, Salam decided to leave Iraq after his brother was killed by militia members. Altogether, he left with 12 family members, including his mother, sister and another brother. From Iraq they traveled to Syria, where they lived from 2006 to 2008. While there, Salam helped make movies that taught Syrians how to protect their country.

Starting over in Idaho

Salam eventually came to Boise in 2008. During his first three years here, he volunteered with the National Guard. He helped teach soldiers about the culture in Iraq and Afghanistan, traveling all over the United States. His first food industry job in Boise was at Bonefish Grill. He then worked at Goodness Land until it burned in the fire that destroyed Boise’s International Market.

Following the International Market tragedy, Salam helped re-open a new location for Goodness Land, but he recently sold his share and opened his own restaurant, Tarbush Kitchen. Located at 5749 W. Overland, Tarbush offers a delightful mix of Mediterranean and Turkish foods.

The dishes at Tarbush come from many different countries, including Iraq, Egypt, Syria and United Arab Emirates. “Everything here is fresh,” he says. “We use only the finest ingredients, and nothing comes from a can.” In the past, Salam has catered many events and Tarbush is also well equipped to cater parties from 10 to 1,000.

Tarbush Kitchen is a family business and Salam’s wife and sons help out at the restaurant. “We love the food industry,” he says. “We enjoy meeting new people and the challenge of coming up with innovative, mouth-watering dishes.”

A new life in Boise

Today Salam and his family have become part of the fabric of the local community. His son and daughter attend high school here and Salam loves that they live in a peaceful part of the world. “It’s nice to wake up and know that everyone in my immediate family is safe,” Salam says.

“When we left Iraq, it was very hard to leave extended family, friends and our home country behind,” he said. “Starting over is not easy. But Boise is our home now and this is a great place to live. People are nice, friendly and helpful. I couldn’t believe the outpouring of support we got when Goodness Land burned. We received thousands of nice emails.”

As he looks toward the future, Salam has altruistic goals. “My overall aim is not to make a ton of money,” he says. “Sure, I want my family to be comfortable. But I also want to help the community. The people here have given so much to me and my family — they helped us start a new life. I want to help others do the same.”

Salam is thankful to Jannus’ Economic Opportunity program for helping him achieve his dreams. “The EO program has been so supportive,” he says. “They have helped with everything. If there was something we couldn’t do, they were always there.” 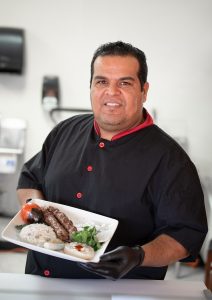 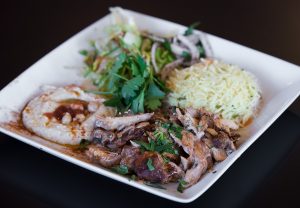 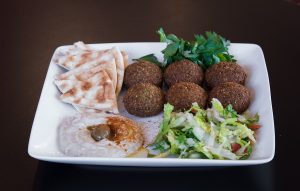 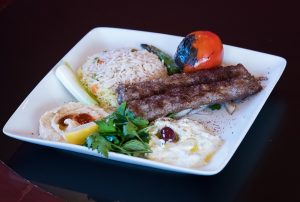